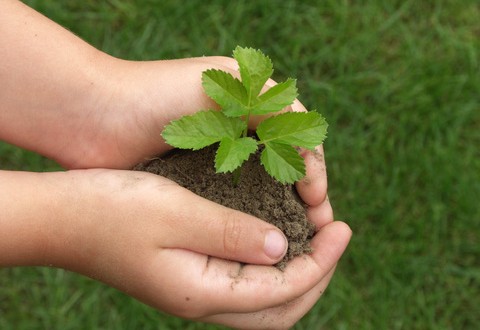 Agriculture, also called farming or husbandry, is the cultivation of animals, plants, fungi, and other life forms for food, fiber, biofuel and other products used to sustain life.  Agriculture was the key development in the rise of sedentary human civilization, whereby farming of domesticated species created food surpluses that nurtured the development of civilization. The study of agriculture is known as agricultural science. Agriculture generally speaking refers to human activities, although it is also observed in certain species of ant and termite. The word agriculture is the English adaptation of Latin agricultura, from ager, “a field”, and cultura, “cultivation” in the strict sense of “tillage of the soil”. Thus, a literal reading of the word yields “tillage of fields”.

The history of agriculture dates back thousands of years, and its development has been driven and defined by greatly different climates, cultures, and technologies. However, all farming generally relies on techniques to expand and maintain the lands that are suitable for raising domesticated species. For plants, this usually requires some form of irrigation, although there are methods of dryland farming; pastoral herding on rangeland is still the most common means of raising livestock. In the developed world, industrial agriculture based on large-scale monoculture has become the dominant system of modern farming, although there is growing support for sustainable agriculture (e.g. permaculture or organic agriculture).

Until the Industrial Revolution, the vast majority of the human population labored in agriculture. Pre-industrial agriculture was typically subsistence agriculture in which farmers raised most of their crops for their own consumption instead of for trade. A remarkable shift in agricultural practices has occurred over the past century in response to new technologies, and the development of world markets. This also led to technological improvements in agricultural techniques, such as the Haber-Bosch method for synthesizing ammonium nitrate which made the traditional practice of recycling nutrients with crop rotation and animal manure less necessary.